I got rid of all my stuff and live off only a suitcase - staying in Airbnbs to explore different areas 🏡🚀 excited to live nomad life pic.twitter.com/nWGf7AFKiZ

Update: Check out the One Year Nomad post from 2018

I moved to San Francisco summer 2015 to join Twitter. I lived in a furnished apartment for my first year, which I really enjoyed, as I didn’t have to buy all the essentials myself after moving across the globe into a new country.

After my 1 year lease, I decided to do what “grown-ups” are supposed to do: get their own apartment, buy furniture, decorate the place, and make it your home. After living in my little studio for about 1.5 years, I noticed a few things: 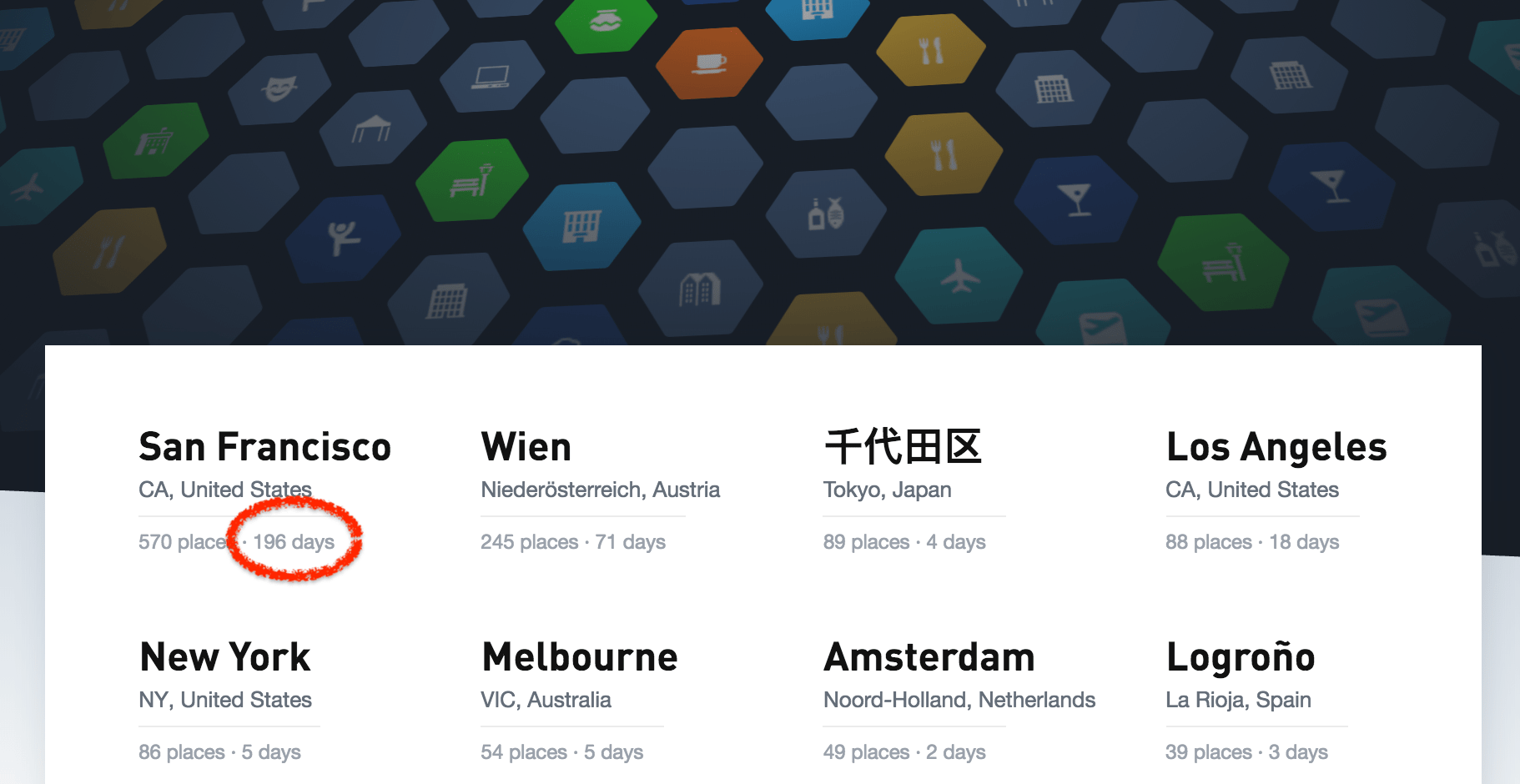 Ever since I first started reading @levelsio’s blog in 2014, about living out of just a backpack, and traveling across the world, while working on his own startups, I was fascinated by the idea. However I always assumed it doesn’t work if you have a full-time job at a large company like Twitter or Google.

2014 was also the time I met @orta, who told me about his first year in New York City, where he lived in a different neighborhood in a random Airbnb each month. This allowed him to see what NYC has to offer, and what area he liked the most. I loved the idea, and kind of knew I want to do this at some point in life.

Only in October 2017 I realized that combining those two things might actually just work. 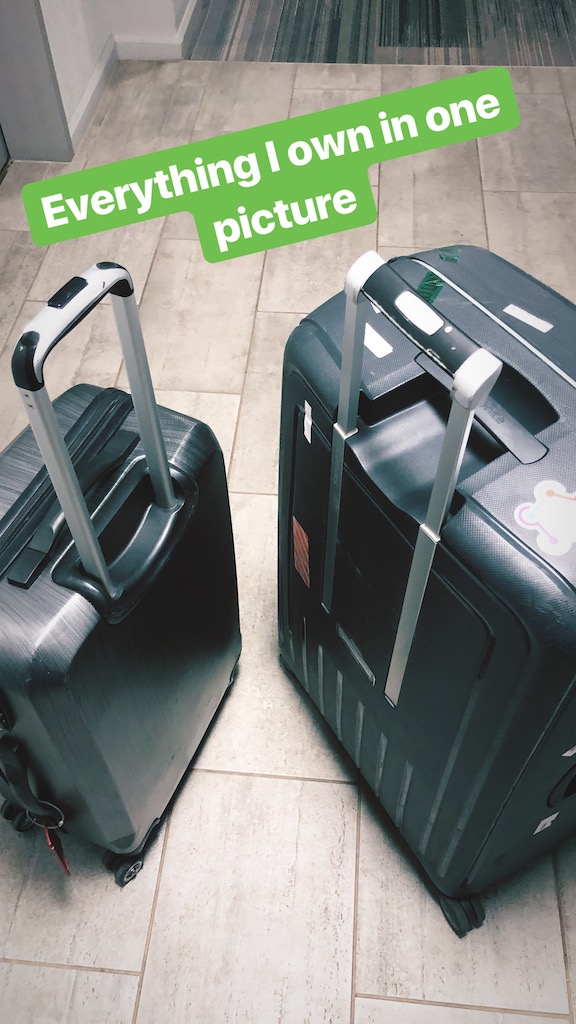 After living in San Francisco for 2.5 years, I wanted a change. With my lease ending in October, I decided to reduce my life to just

and lived in an Airbnb in San Francisco until the winter holidays, for which I went back home to Austria. I got really lucky with my SF Airbnb, as I got it from Zeus Living a company that rents out apartments for people like me: rent a place per month, all utilities included, and enough space with a desk to get work done.

For the last 6 months I’ve lived the nomad life, with just the things listed above. So far I’ve stayed in 6 different neighborhoods in NYC, 2 areas in SF and spent time with my family in Austria for New Year’s. While I plan flights ahead of time due to costs, I don’t book places longer than a month ahead, something that took some time getting used to.

Spending time in a single city

While being a different city each month might sound like a dream to many people, I learned it comes with many downsides:

Last year I spoke at conferences in 9 cities. I knew I wanted to fly less in 2018.

In January 2018, we started the new fastlane.ci project, which requires us to work closer with other Google teams, that are partially based in New York. I used that opportunity to “move” to NYC. So while I move to a different Airbnb every week, I do so within the same city. I grew up in a village with a population of less than 2,000, with not a single traffic light. Living in New York has been an amazing experience, with almost as many people living here, as in the whole country of Austria.

For now, this seems like the perfect balance for me personally: Not getting bored by day to day routine (e.g. same commute) by moving to a new Airbnb every week, but also being able to hang out with the same friends, and get to know the whole city. Long term, I’ll switch to a monthly cycle for even less overhead.

How do you handle physical mail?

Online orders: I’m lucky that I can use the Google office to order from Amazon, and pick them up at the end of the work day. It’s offered in most major cities, and even allows me to order something for a specific location. For example: When I flew to Amsterdam I ordered an umbrella to the office, ready for me to pick up.

Letters: I use the VirtualPostMail service. They scan your letters, and sends them to you via email. If you need the original, you can tell them to forward them to your current address (or office in my case)

My first thought was: Staying in Airbnbs must be more expensive than having my own place! For multiple reasons:

Circling back to the number of days I’m not at home for about 5 months each year, I realized that I don’t pay my (SF/NYC) rent when:

Every night I don’t need to pay for my own place, I save about $100 after-tax money (NYC/SF)

Do you keep any physical memories

You can either ask your parents nicely to keep your things, or you can rent storage somewhere to keep it. I decided to bring my things back home to Austria, by just having an extra bag with me the first time I flew back.

How did you get rid of so much stuff?

I don’t care about physical things. If I were to lose all my devices, or all my clothes today, I’d buy new ones (probably the same ones). So getting rid of things was rather easy, and I personally never understood why it’s difficult, unless there are certain memories attached.

All I did was: Do I really need this? If the answer wasn’t an immediate yes, it’s a no. If I wanted to keep the “memory”, I made sure to take a picture before giving it away.

I created a spreadsheet with all the things I give away, and shared it with my friends on Facebook, from furniture, to kitchen stuff, to light bulbs, and I got “rid” of everything, as 2 of my friends just moved to a new place, and needed almost everything. The remaining things I donated or threw away if it wasn’t usable any more. 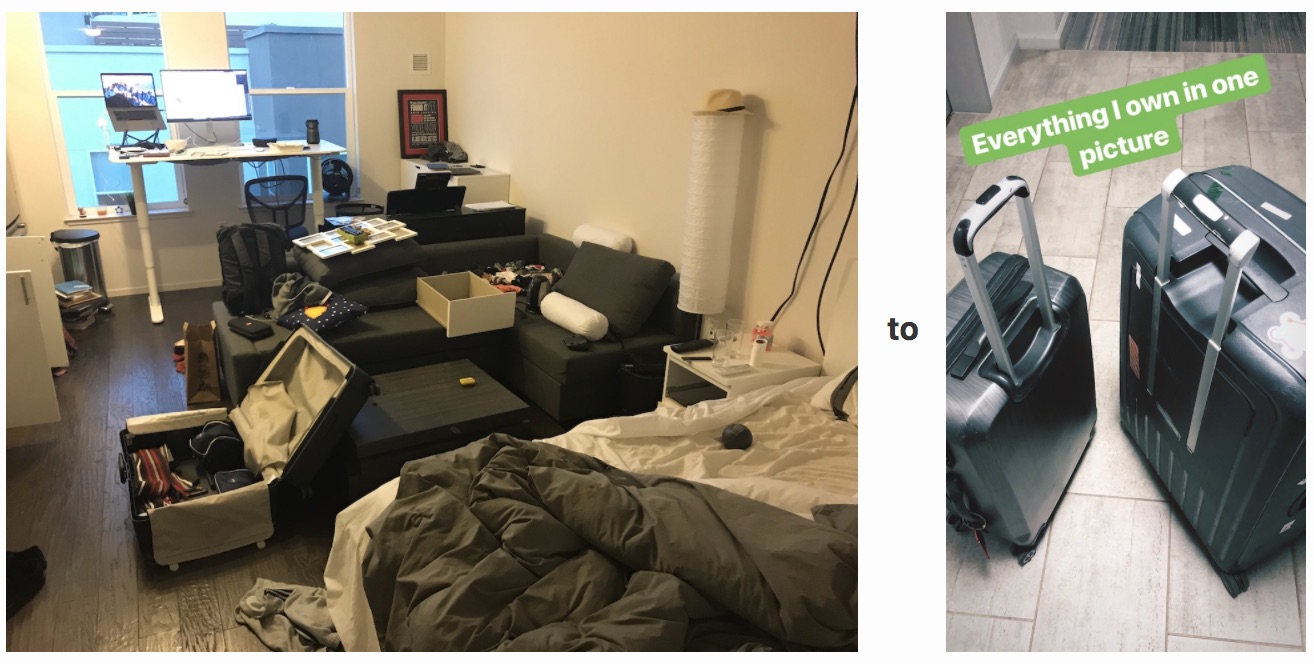 It is tricky though to buy new stuff, since I need to get rid of something else, for every single new item I buy. While my suitcases still have some space left, the weight limit of 22kg of most airlines is what I have to be careful about.

How do you keep things organized?

Those travel cubes have been pretty useful, I got a lot of them, for shirts, socks, underwear, electronics, etc. and can recommend them to anyone traveling.

Did you buy any travel gear for this? 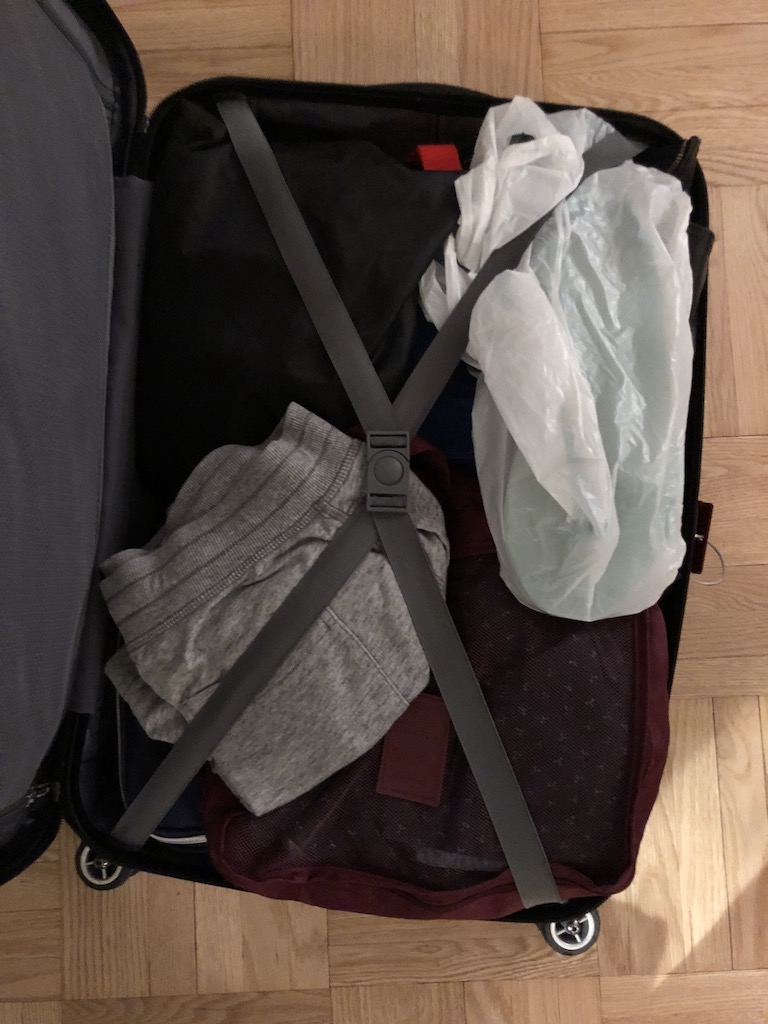 Yes, there are some really cool things out there, that made my life easier:

Is that “Minimalism Life”?

I’ve read a bit about this topic, including a great blog post of my friend about owning 200 things. I love the concept of owning just the things you really need, and forget the rest.

I also watched the “Minimalism” documentary on Netflix, which covers some of the concepts. Personally I don’t want to count things, or reduce life in areas I don’t want to. For example, I still carry around a rather high number of shoes with me, just because I like having the right shoes for the right occasion.

I’d argue the goal is to live a normal day-to-day life, when going to work or hanging out with friends, while still being very flexible.

That’s something I’ve been thinking more about recently: Breaking into an Airbnb is probably super easy, just stay in a place, copy the key and then steal from the next person, with the next person probably blaming the host or cleaning staff. Unfortunately it’s not common for Airbnbs to have a safe.

What else is nice about not having a fixed lease? 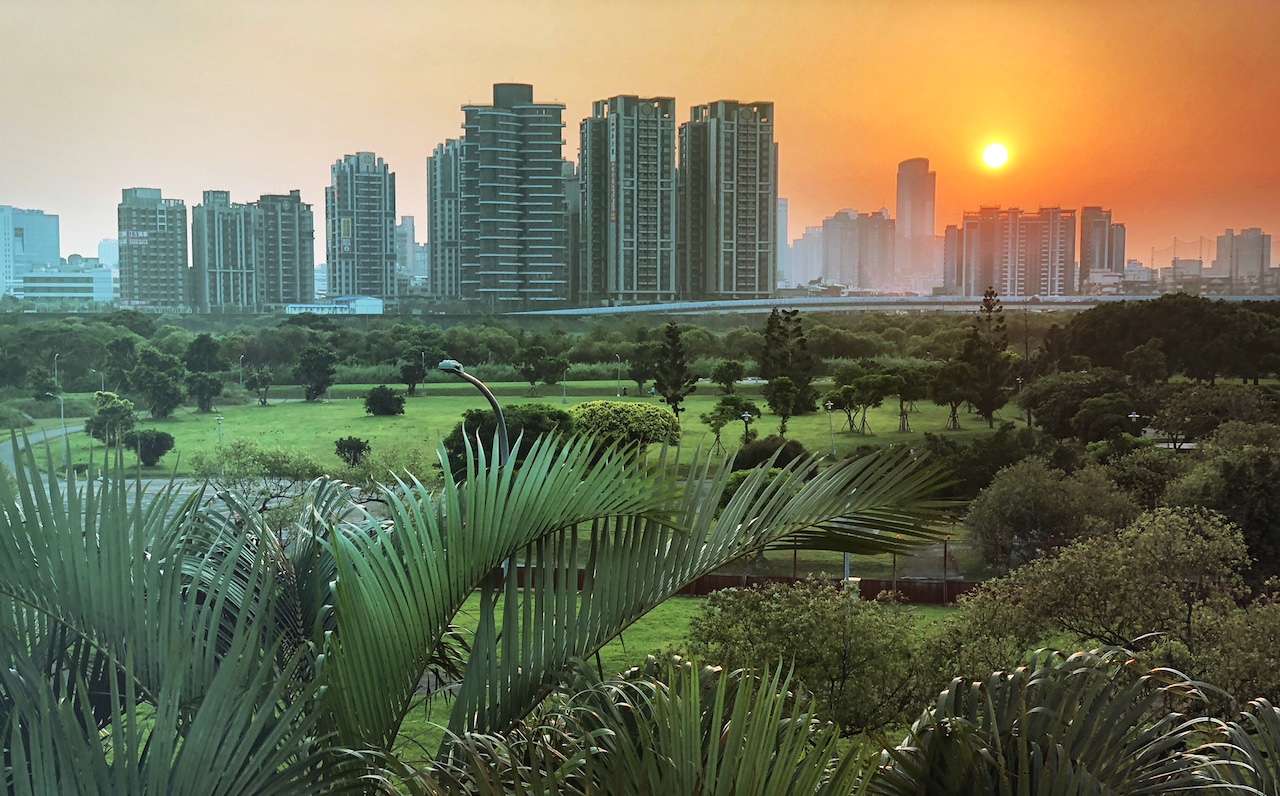 I wrote this post in Taipei, Taiwan, where I work remotely from the Taipei Google office for 2 weeks before heading to San Francisco.

Being able to escape the cold winter feels amazing 😎

Update: Check out the One Year Nomad post from 2018