With my recent publications, most importantly “Trusting SDKs” it became clear that hijacked or malicious iOS apps cause major security and privacy risks for users, and allow attackers to reach a high number of users through a single point of failure.

Most of the times, the consequences of those attacks are about data:

Notice how sandboxes in software are designed to keep data inside that box (in the form of a filesystem), but for some reason they stop when it comes to network requests.

If an attacker manages to hijack an iOS app, the first thing they would do is sent the collected data to some server in their control.

Apple should require every iOS app to define a list of web hosts that should be accessible, all other web requests will fail:

At WWDC 2016 Apple announced ATS, an iOS 9 feature to enforce the use of HTTPs across all iOS apps. It was said to be made mandatory by end of 2016, however the deadline was moved to an undefined date. The idea makes perfect sense: All the infrastructure and tools around HTTPs encryption people already have with their web browsers to verify the security on websites, don’t work on the iOS platform. If you use your banking or dating app, how can you as a user be sure the company didn’t mess things up? It’s not like it happened before.

On the web, browsers started marking HTTP websites as “Not Secure”, HSTS is built into browsers to force HTTPs for certain hosts, people use HTTPSEverywhere to enforce HTTPs connection across more hosts and people use uBlock to block certain tracking and ad widgets that slow down websites.

On iOS, you install and use an app, and hope that the app developer uses proper encryption, securely stores your personal information, and doesn’t use any sketchy SDKs that you wouldn’t trust yourself. If you don’t agree with something (e.g. an Analytics SDK), there is nothing you can do about it.

Finish the ATS plans. It’s been 2 years now, enough time for app developers to update their apps. Allow developers to file for an exception, and mark them accordingly on the App Store page with a badge of shame (similar to how Chrome marks all non HTTPs websites nowadays) 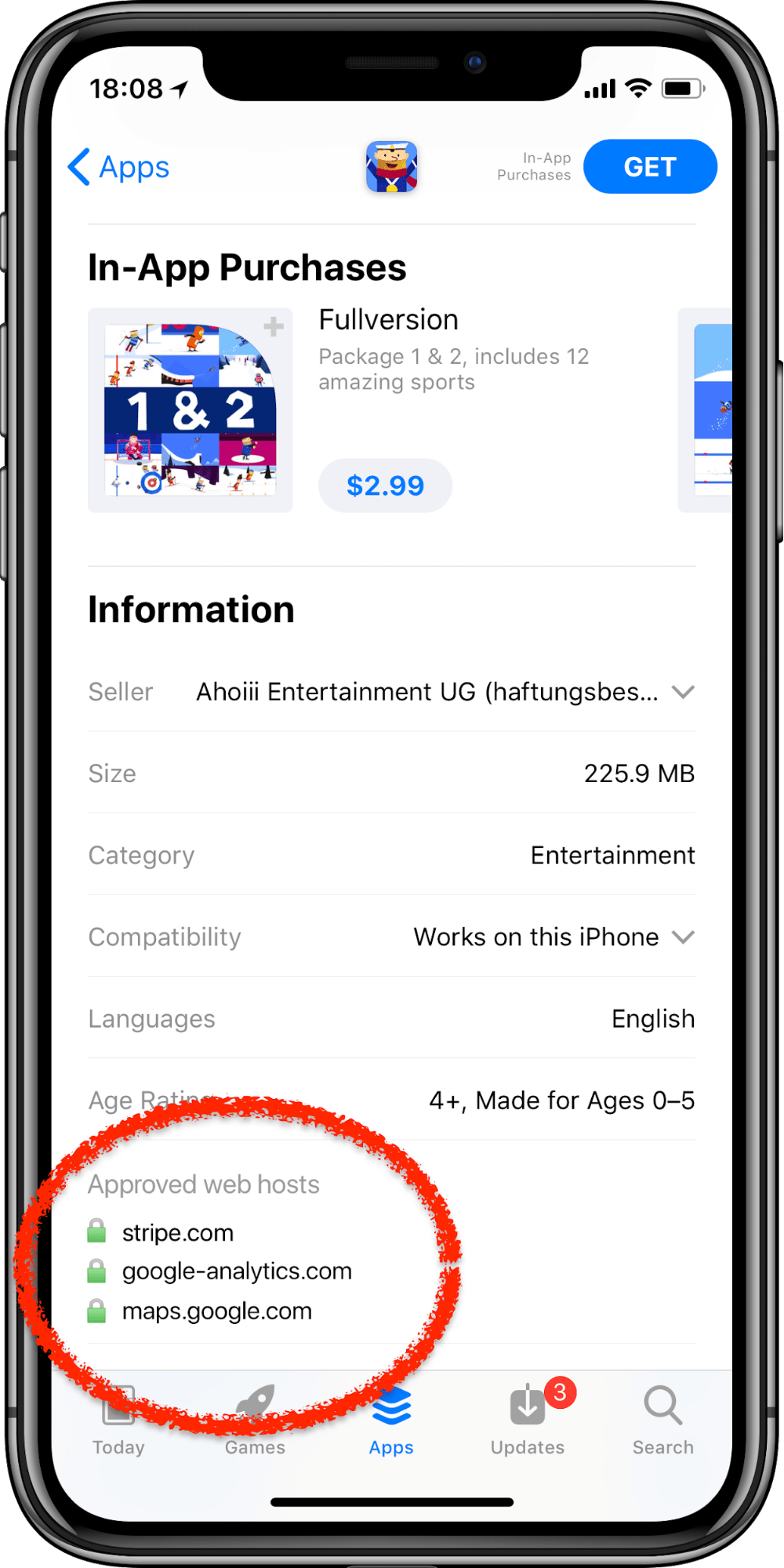 Introduce the concept of network sandboxes. Each app should define a list of hostnames they are allowed to access.

As always, exceptions should be possible, third party browsers should exist, and some apps might have to support so many hosts that they can’t follow those rules. And that’s okay, those apps will be marked as “Can access any host” as a little warning in the App Store.

While the above doesn’t solve all the problems, it is a good first step into the right direction. We’ll run into problems, and we’ll solve them. It’s a necessary change for the mobile ecosystem, catching up with where we’re already at with web browsers nowadays.